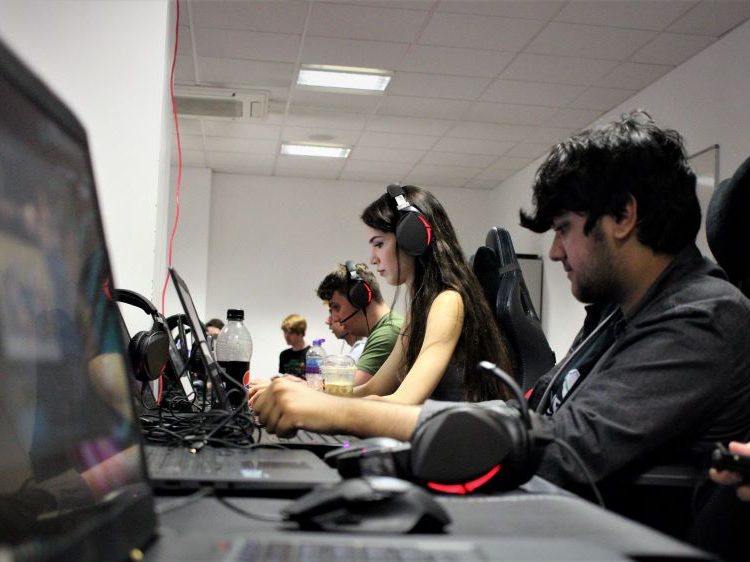 The University of Warwick has announced that is investing £275,000 of its own earned income into establishing a new flexible esports centre to be located at the heart of Warwick campus. It will operate alongside new facilities to stimulate innovation in the, in the newly named ‘Junction’ facility.

This announcement follows soon after the news, just last month, that the University of Warwick had retained its title as UK Esports University of the Year, winning the award for a third successive year. “Our first two wins were great on their own, but this third win really allows us to say that we’re creating a legacy in university esports. A legacy of excellence and sportsmanship that future students will be inspired to surpass,” said Joshua Mankelow, the current President of Warwick Esports, the University of Warwick student esports society.

The new Centre builds on that success. It will not only provide a facility that can help in training and research into esports, it will also provide a medium sized esports competition venue. In fact, it will also be especially configured to enable the equipment to be easily and quickly relocated to a larger venue on campus or elsewhere for grander scale events.

The University’s investment of over a quarter of million pounds will provide all the initial physical infrastructure and equipment for the Centre making it the equal of any other such facility in the UK and the first at a Russell Group university. However, the University wants the facility to offer both its campus and local community much more than any other UK esports facility, and is now seeking sponsorship to provide the centre with bespoke coaching, training and development activities that will be accessible to the wider community.

Esports is a competitive team-play environment, watched by millions every single day, with a recent world esports final of League of Legends garnering 3.8 million concurrent viewers.

“The 2020/21 lockdowns saw several sectors like video games and esports expand, seize opportunities and boom amidst the crisis. More people turned to gaming and esports as an alternative to the gym and leisure activities that the pandemic forced to close. Video games allowed people to relax and escape from the daily stresses, managing anxiety levels. However, esports was already huge with large-scale national and international events. Esports was already one of the global screen industry’s most innovative and fast-growing areas generating an estimated 1,214 FTEs of total employment and £111.5m in GVA for the UK economy in 2019.”

Coventry, Warwickshire and the West Midlands are already well aware of the potential economic benefits of this and related industries. Warwickshire’s Silicon Spa is an internationally recognised games cluster generating some of the best-known games titles and brands. The Centre will seek to work closely with regional and national partners including CWLEP, Create Central, and WMCA to lead on esports.

The benefits to the University and our region having such a leading esports centre include:

Jack Fenton, who is a consultant on the esports centre project and a past President and co-founder of the University of Warwick Esports Society said:

“Considering the multi-disciplinary nature of esports, a vast range of external stakeholders have been identified that we are seeking to partner with. These represent external bodies that include corporate organisations, those committed to equality and diversity, national organisations that promote esports, regional & national skills councils, local schools and charities. The University of Warwick Esports Society itself has already raised thousands of pounds for the charity Special Effect, which work to adapt gaming materials to suit people with disabilities. Using these great foundations, we want to continue to foster relationships that help promote diversity and inclusion in esports.”

“We look forward to working closely with many of these organisations but key to doing so will be raising financial support to enable us to offer tangible benefits around coaching, skills development, job opportunities and establishing a scholarship scheme focused on diversity and inclusion.”

“I wished I’d known at University that I could do the things within my career that I do today. There are so many opportunities to do different things within the esports industry; covering everything from playing to media, PR, graphic design, streaming through to writing, presenting, events, sales and marketing. The possibilities are endless. It’s narrow-minded to look at esports and just focus on games and players as there are so many well paid jobs – it’s so much more than the games”

The esports Centre forms part of Creative Futures the gateway between the University of Warwick and the creative and digital cluster in the region specifically in Leamington Spa from the incubator based at the co-working space in 1 Mill Street.

Picture available High resolution picture of people taking part in esports available for use with this story . Click on image above or on this link: