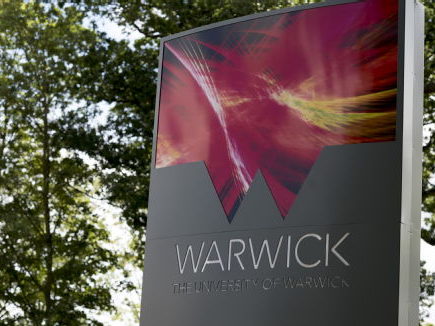 The University of Warwick has been named as one of the UK’s top 10 and one of Europe’s top 20 universities in two new league tables.

The new tables find that Warwick has risen in the 2022 QS World University Rankings to 61st in the world – making Warwick one of Europe’s top 20 universities – and has been placed 10th in the UK by the Complete University Guide.

The news follows Warwick recently being named as one of the world’s top 100 universities for the study of 16 subjects, according to the 2021 edition of the QS World University Rankings by Subject.

“To be recognised as one of the world’s leading universities, and one of the finest in the UK and Europe, is a tremendous achievement for our community. I am proud of the exceptional work that has been undertaken over the last year and how our community has adapted to, and overcome, the challenges we have all faced.

“With our city’s year as the UK’s City of Culture now underway, we have so much to look forward to and I wish to thank our entire community for all they’ve contributed to Warwick’s continued success.”

The World University Rankings by Subject examined 14,435 individual university programmes, taken by students at 1,452 universities across the world. QS found that this year:

QS’s top 100 Ranked Specific Subject Areas for The University of Warwick are: