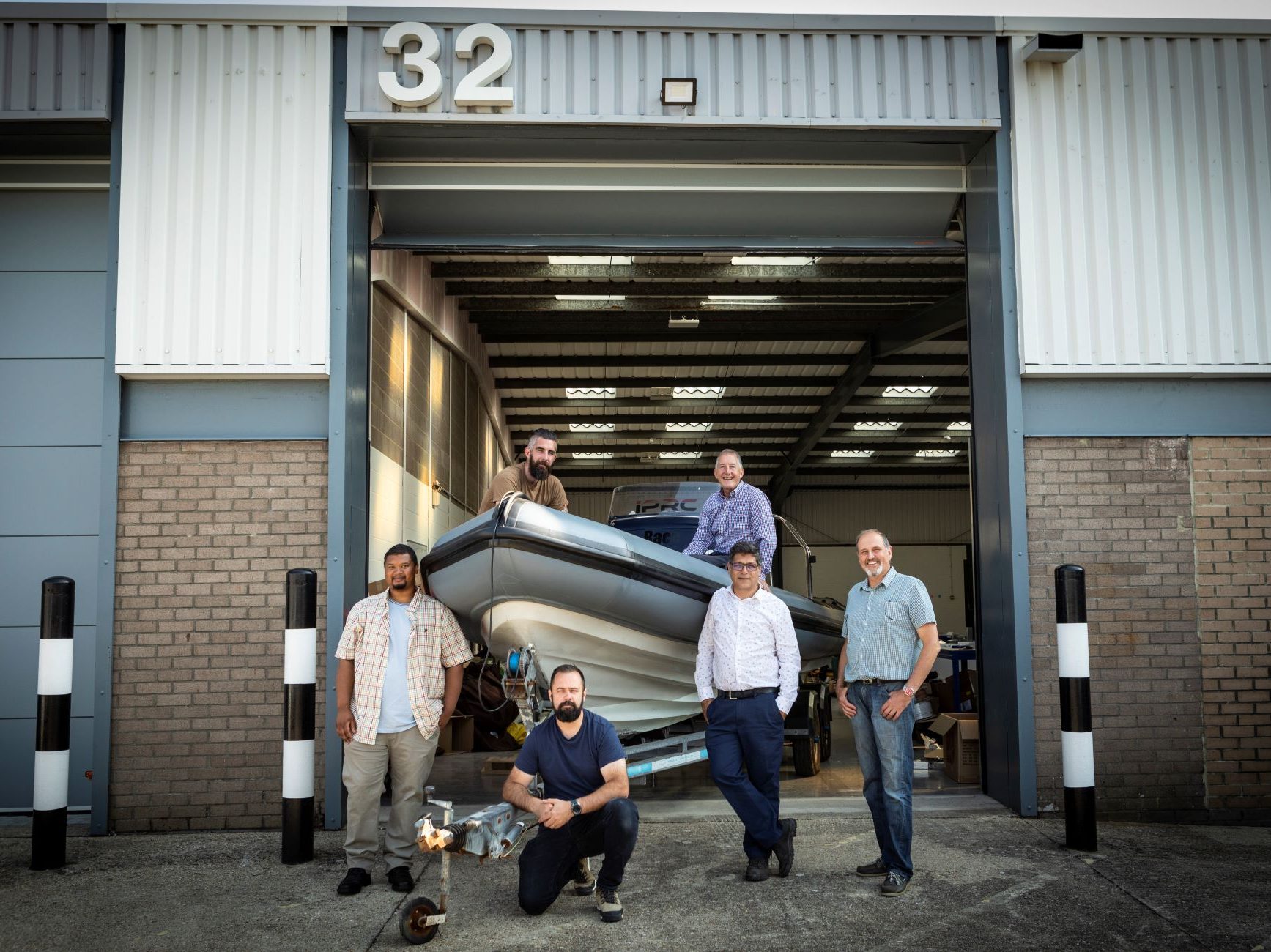 Ecomar is on a mission to radically reduce marine pollution with zero emission engines.

The ambitious project is the result of three years of research and two years of development as a company.

It is aiming to eliminate noxious emissions by replacing one million polluting outboard engines within 10 years and cut one million tonnes of CO2.

The project has been given support and investment from the Minerva Business Angel Network – part of the University of Warwick Science Park – helping its ambitions to become a world leader in industrial propulsion systems.

Minerva Business Angels, acknowledged as one of the most prolific investors in the Midlands, has a network of angel investors from across the country.

Minerva is both tech and location agnostic and together with their university colleagues they operate through a collective of investment groups across the Midlands, Merseyside and London.

Minerva’s angels have invested in more than 100 companies and facilitated more than £41-million in investment since 2010.

The Research and the Company:

Ecomar started as a research project in trying to electrify high performance boats.

Focussing on maritime zero emissions, the project looked at the potential of using zero emission engines in a variety of vessels from small boats to coastal freighters.

The company is now made up of highly skilled engineers and technical experts who are working to reduce global emissions by creating zero emission electric marine engines.

Eugene Bari, managing director of Ecomar, said that when the project started there was little attention paid to zero emissions maritime propulsion technology and said the focus was mainly on other areas such as electric vehicles.

“The zero emissions marine propulsion market was considered to be a niche within a niche,” he said.

“All of the focus was on major manufacturers and we could not get a look in.”

The company was also in need of an investment to further develop its technology and bring products to the market.

Few people realised how much pollution comes from marine technology, and how much more efficient electric propulsion is in comparison to combustion propulsion, Eugene says.

With investment and support from the Minerva Business Angel Network, the company was able to move to the next stage in developing zero emissions marine engines.

“The investor funding helped get us over a significant black spot,” Eugene said.

“We needed to raise a small amount of capital to achieve our next objective.

“Minerva has offered a range of support such as looking at our finances, and helped us to look at the project in a different way.

“They were also very patient as we developed the project.”

From being a small and medium-sized enterprise with four staff, Ecomar has expanded and now employs 12 staff.

It is also moving to a new 6,000sq ft factory in in Fareham, Hampshire, and is planning to launch three new products in 2022.

The company is working towards an ambition to reduce CO2 emissions by one million tonnes in the next 10 years.

Further products are to be launched on the market, with full volume production and the establishment of global distribution networks by 2023/24.

The company is also working with major shipping operators across the globe, with clients in the UK, Singapore, Australia and the USA.

“In the past few years, it has grown beyond anything we ever imagined,” said Eugene.

“The support offered by Minerva has played a big part in that, and such rapid growth would not have been possible without it.

“The world is now looking for these kinds of solutions and they are running desperately to catch up.

“We seem to be at the cutting edge of maritime propulsion technology.

“It’s no longer an area which is seen as an outlier, it’s very much now fundamental to everything as there has been has been a shift in mindset.”

Ecomar has secured £3.8-million of funding this year to help develop a 1 MWh system for large ships, hybrid inboard systems for boats with a 500kW output and  the development of a twin outboard hybrid systems to 200kW, making them one of the leading innovative companies in addressing the environment challenge faced by shipping.