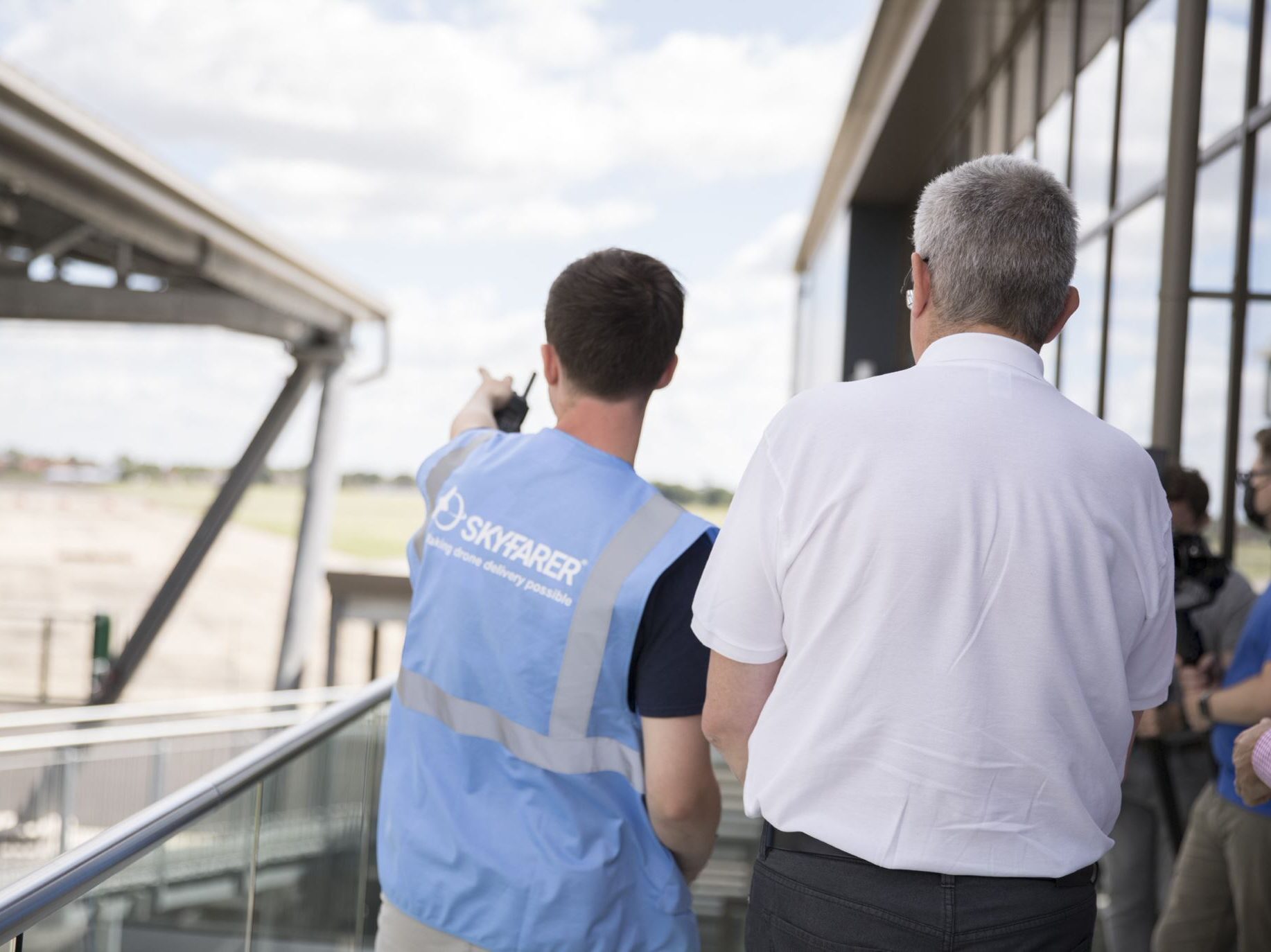 A drone logistics operator which is conducting ground-breaking trials to deliver medical supplies between hospitals in the West Midlands this summer has become Minerva Business Angels’ 100th investment.

It came to the Minerva Business Angels, which is part of the University of Warwick Science Park, seeking investment to support the trials and its growth.

Minerva, which has a network of angel investors across the country, has been operational since 2010, facilitating more than £40-million of investment.

During lockdown Minerva also launched a Super Start Up Club initiative, which allows for early intervention from investors who also act as mentors.

Paula Whitehouse, Associate Dean for Enterprise at Aston University, and Director of the Aston Centre for Growth, said: “Minerva is helping democratise the angel investing landscape with lots of innovative approaches to investing and has built a network of investors which is more typical of the community it serves.”

Elizabeth Gooch MBE, an entrepreneur and angel investor, said: “Minerva is a really effective investment network, bringing together investors with a wide range of skills and experiences to support as well as invest in companies.

“It’s a friendly and supportive environment where new and experienced investors work together to help founders and entrepreneurs in the crucial start-up and scale-up stages of their development. Minerva really is a great place to learn about angel investing as well as helping young companies to grow”

Skyfarer was set up by Elliot Parnham, who studied aerospace engineering at Coventry University, and initially started as a drone manufacturer, before switching to operations, looking at the systems and technology involved in drone flying for commercial uses.

Skyfarer not only received support from Minerva Business Angels but also the Business Ready Team which is based with Minerva at the University of Warwick Science Park.

Elliot’s original plan for the business was to manufacture drones based on the work he had undertaken at Coventry University and a project he had completed that was part of the Institute of Mechanical Engineers UAS challenge.

However the company took a pivot when it found there was a market for a business that brings together all of the systems, the technology and the planning required to make the use of drones commercially viable.

Elliot then planned to be part of a project in Africa that would see supplies delivered to hard-to-reach areas via drone technology.

But travel restrictions due to the coronavirus pandemic meant the company had to focus on UK operations.

Working with the NHS and others, the company specialises in making drone delivery possible, reducing the time it takes to move critical medical supplies to where they are needed urgently.

The trials will include distributing blood into a hospital and pathology samples between two hospitals via drone.

Skyfarer received investment from the Minerva Business Angel network to make the trials possible this summer, the money being part of a larger raise.

The investment will be spent on developing software, equipment, the technology to do the flights and connectivity equipment for the trials.

The trials will involve flying drones in an airspace surrounded by three major airports.

“We are trying to change the perception of drones,” Elliot said.

“If the operation is managed effectively with drawn out procedures and communications protocol then drones are not a risk to manned aviation. That is what we will be proving in our initial flight trials at Cranfield Airport this summer.”

Elliot also hopes to show the benefits of using drones for deliveries as opposed to current methods.

“What we are essentially solving here is the everyday issues of ground-based logistics,” he said.

“We have all been stuck in traffic. We have all had deliveries delayed due to the outdated infrastructure on the ground.

“The benefits of utilising drones are far reaching in comparison to ground transport, for both CO2 emissions and the costs associated with traffic congestion.”

Working with the NHS and others, the trials will involve using autonomous aircraft to reduce the time it takes to move critical medical supplies to where they are needed urgently.

Trials are set to take place this summer for the project, with the aim to reach commercialisation next year.

The trials will be the first of their kind in the UK, delivering medical supplies by drone.

Elliot said the investment from Minerva has been vital to the project reaching this stage.

“The investment has been crucial. It has enabled this summer of trials, moving into the development of our solution to get to commercialization next year.

“Without the support from Minerva we would not be able to progress our innovation into a feasible business model that provides significant operational benefits to the NHS and society in general.”

If successful, the delivery of medical blood and pathology samples by drone, rather than by vans at present, could bring a 97 per cent saving on CO2 emissions.

It could also significantly reduce waiting times for medical supplies.

“If blood is not processed within 12 hours once it leaves a person’s arm, a lot of it is wasted,” Elliot added.

“The current infrastructure and process does not allow blood to be moved quickly enough around the UK.

“It’s one of the major inefficiencies of the current infrastructure and it affects many lives.”

Alexis Toft, Head of Minerva Business Angels said: “This is another example of where our angels rally around a company in its early stage of development to help it on its journey.

“The work we do helps build the pipeline for potential future titans of industry and hopefully unicorns.

“Not even Facebook or Google could have achieved their success without angel investors.

“It’s also a testament to the incredible support the University of Warwick Science Park provides to businesses not only through Minerva and the Business Ready Team, but also other initiatives such as its Ignite program to provide space and support for small companies.”