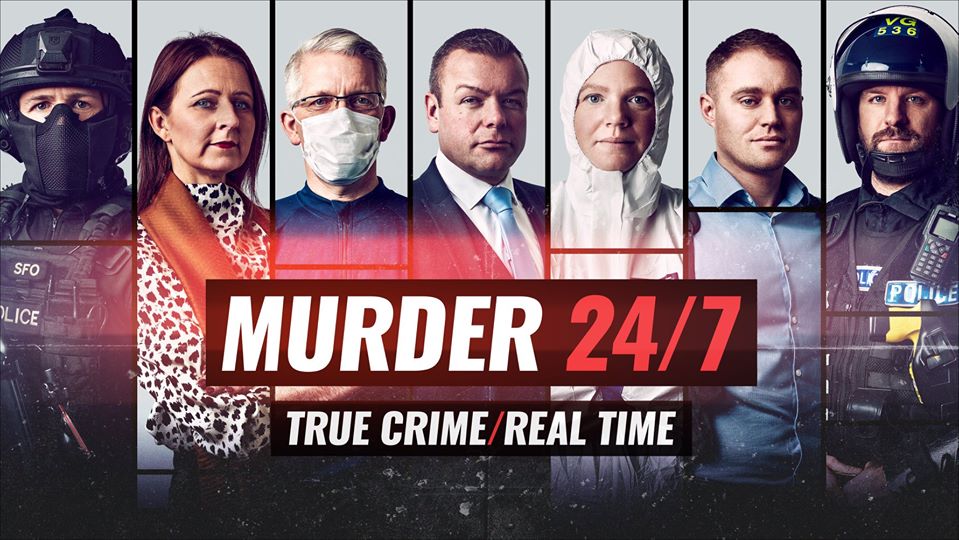 Murder 24/7 will show forensic experts from Key Forensic Services as they help Essex Police’s Major Crime team investigate three murder cases, right from the moment the crimes occurred through to arrest and conclusion in court.

The hard-hitting show takes viewers behind the scenes to the heart of a police investigation, showing an unprecedented level of detail as various teams of experts, including those from Key Forensic Services, combine to work together to solve the crime.

Key Forensic Services scientists are involved from the outset at the crime scene, as no stone is left unturned to catch the killer.

During the series, they are seen attending crime scenes, helping detectives piece together the clues in each case to help lead them to the suspects, and are filmed in full personal protective equipment (PPE) as they undertake crucial work.

“This documentary illustrates the huge value that forensic experts contribute to the criminal justice system,” said Nigel Withey, CEO of Key Forensic Services, who are based at the University of Warwick Science Park and also have offices in Norwich, Warrington and Bristol.

“Piecing together the complex jigsaw of evidence demands the very highest level of collaboration and trust across multiple agencies, and we are very proud and privileged to have the opportunity of working with our world-class policing colleagues at Essex.”

Murder 24/7 is the first time Essex Police has opened its doors to the public, allowing unprecedented access to filmmakers from production company Expectation Factual.

Chief Constable BJ Harrington said: “What this programme really captures is that while our detectives will lead the investigation and the hunt for suspects, it really is a force-wide effort to support victims, solve crime, hunt offenders and bring them to justice.“Murder 24/7 really shows that when these terrible crimes happen, our whole force comes together to catch a killer.”

Det Supt Morgan Cronin, Essex Police’s Head of Major, Economic and Cyber Crime, said: “Murder 24/7 captures in real time, the dedication and commitment of all of our officers as well as the complexity of an investigation and the painstaking work that goes into gathering evidence – from trawling CCTV to intricate forensic work and mobile phone analysis – which is often frustrated by those seeking to avoid capture and justice.”

Ruth Kelly, executive producer at Expectation Factual, said: “We wanted to produce a police documentary series with a unique approach, rooted in what really happens when someone is murdered.

“We hope the series shines a light on the extraordinary team of detectives, forensic investigators and specialists who come together, working round the clock, to solve murder cases.”

The programme will follow detectives as they investigate three separate murders which happened in 2018 and 2019, including the fatal stabbing of 49-year-old Carl Hopkins and the attempted murder of his friend in Colchester, which took place on February 10, 2019; the murder of 36-year-old Courtney Valentine-Brown, who was stabbed to death in Southend-on-Sea on February 21, 2019; and the killing of June Knight, who was thrown from her care home balcony in Southend on December 10, 2018.