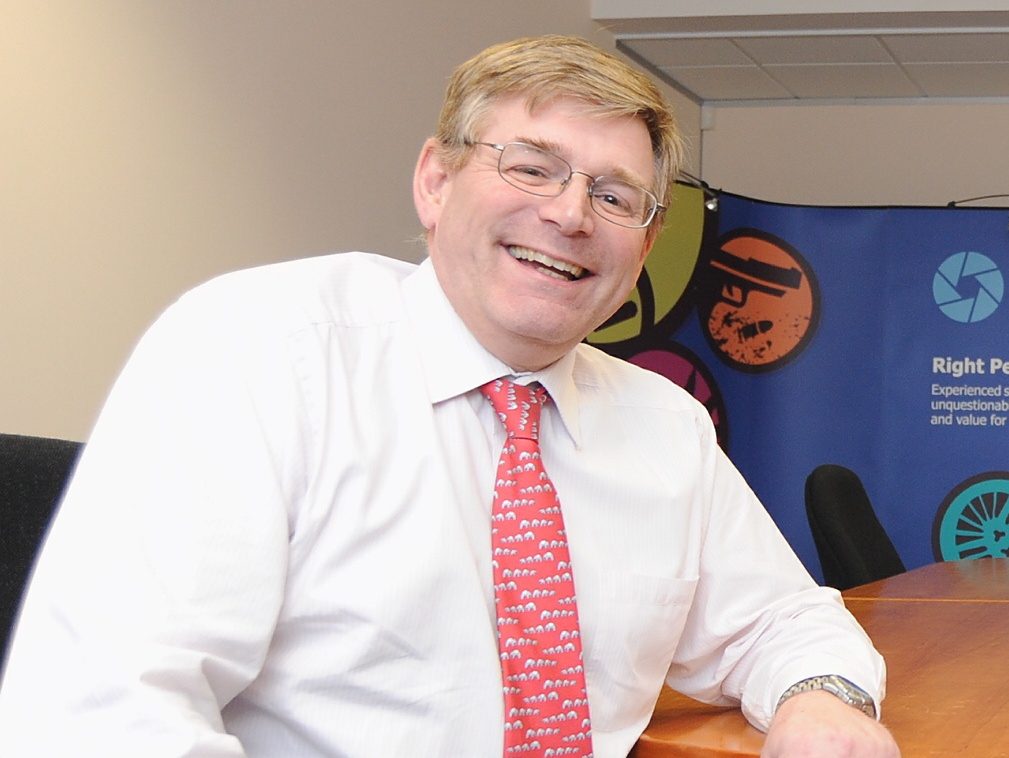 I’ve done a raft of things in technology-based businesses, but prior to this role I was the Chief Operating Officer of an “electronic nose” company which was a spin-out from the University of Manchester Institute of Science and Technology. It was developing an electronic device which could identify complex aromas from food through to bacteria.

It was a start-up when I joined and was initially funded by a retired Manchester dentist / entrepreneur ahead of a USM listing in 1994.

I saw the role at UWSP advertised and thought it was an opportunity to be on the other side – to move from poacher to gamekeeper! I understood what young and expanding companies needed to help them grow and succeed in their early stages.

In those days, the Science Park was not solely owned by the university but was a limited company with the local councils and the University its shareholders. Effectively it was an SME – like many of the companies we worked with – albeit with large entity stakeholders.

Like many of the people who run businesses at the science park, no two days are the same, and that is probably its most attractive facet. And, of course, this reflects that I wear many hats, as is the nature of small businesses.

Hence, though I go to the office with a plan and a structure for the day, it’s not uncommon for that to be revised! For example, I can be contacted by someone who wants to take space with us and needs to be in within a month, or a funding opportunity may arise, so it is often a good thing.

I am responsible for every aspect of the business across our three locations, which is achieved through a team of three centre managers, a couple of property professionals and three leads in business support. The mix of skills of experience within this team reflects the range of property and business support functions that we offer.

As mentioned previously, the variety. We have some fantastic companies on our sites doing amazing work. Interacting with them, helping and then seeing them grow and prosper really is very rewarding.

Elevator pitch – what does UWSP offer?

We offer an environment in which tech-based enterprises can grow. They can start as a new company in the Venture Centre in a two-person office and we can support them right through to their own standalone head office building – with access to business support as required – all in the boundaries of the park.

If, as you grow, you need less office space but more workshop, lab or testing space, we can offer that as well.

Rant & Rave is a classic example. They started off as a concept at one of our Business Creation programmes, then took a very small office space with just a couple of people, grew and then stepped across to their own building on the park more than 20 years after they started, and are now  an industry leader.

But what we offer is far more than just property. We offer business support to help overcome the three barriers to growth – barriers that we identified in the early days and are still just as relevant today – access to finance, access to markets and access to skills.

Everything we do within our support is around helping companies on the Science Park, and also like-minded companies in the region, overcome those barriers.

There is a huge academic and research base that we are able to leverage. That works both ways – taking some of that expertise out from the university to help businesses but also the other way. The knowledge transfer is a two-way street.

I would probably say the single biggest success for our business support team was the winning of the Proof of Concept Fund, for a combination of reasons. It used some seconded staff from the University to help its delivery as a programme, had complex funding rules and it established hubs right across the region using our peers. So, it was a very comprehensive programme which benefited the whole of the West Midlands, and there have not been many initiatives that wide before or since.

It was also recognised by the Government Office of the West Midlands, which was the ERDF funding body of that time, as an exemplar. For those involved in ERDF funding, they will know how tightly that is all monitored so to be acknowledged like that is no mean feat.

It was competitively won, it was innovative in how it was delivered and it achieved a great amount.

There have been a great number. I have mentioned Rant & Rave, but the other one which really sticks out in my mind is ScriptSwitch.

The founders developed a product which effectively enabled the prescription that a doctor wrote out to be switched automatically to a cheaper generic drug. That started as an idea here which we helped support their development and then, courtesy of a chance meeting, it moved to another level.

One of our advisors was hosting a meeting in a room which had just been vacated by ScriptSwitch and they had left their notes on the whiteboard, including their challenges on trying to get the development concluded as they faced a cliff edge of them running out of funds.

The person our advisor was working with said he knew something about the subject, he was introduced and eventually became the MD of the company which went on to great success and was sold to a larger pharma company but is still based in Coventry.

What will UWSP look like in five and 10 years’ time?

We will see an evolving physical environment. We are 42 acres and 20 plus buildings that were mainly built in the 1980s and 1990s, so we will see them adapt to the future needs of innovative tech-based Businesses.

These businesses will evolve and develop to be more flexible, agile and more sustainable, driven by the 2030 and 2050 climate goals.

Working practices are changing faster than ever. I don’t think the pandemic has introduced many new things, but it has accelerated trends that were already developing momentum.

The work-travel and work-life balance were in train but, certainly, the last 12 months has accelerated them enormously. Those companies that were addressing the changes were well placed to adapt when lockdown happened, and I think many managed the switch relatively smoothly.

Longer term I think companies will still require a central location. They might not need as much space, and how they utilise the space will be different, but there will still be a requirement.

I live in North Shropshire and am in the office for four days – so I had embraced flexible working at an early stage!

This feels like an admission – but I am a big lover of tech, the original nerd! I am a physicist by education, and I have always had a passion for tech – I started coding at school on a teletype and acoustic modem to a remote mainframe.

This developed my interest in electronics and software which has expanded to include amateur radio, micro controllers, 3D printing, and even the odd bit of metal fabrication. I am a maker in the widest sense.