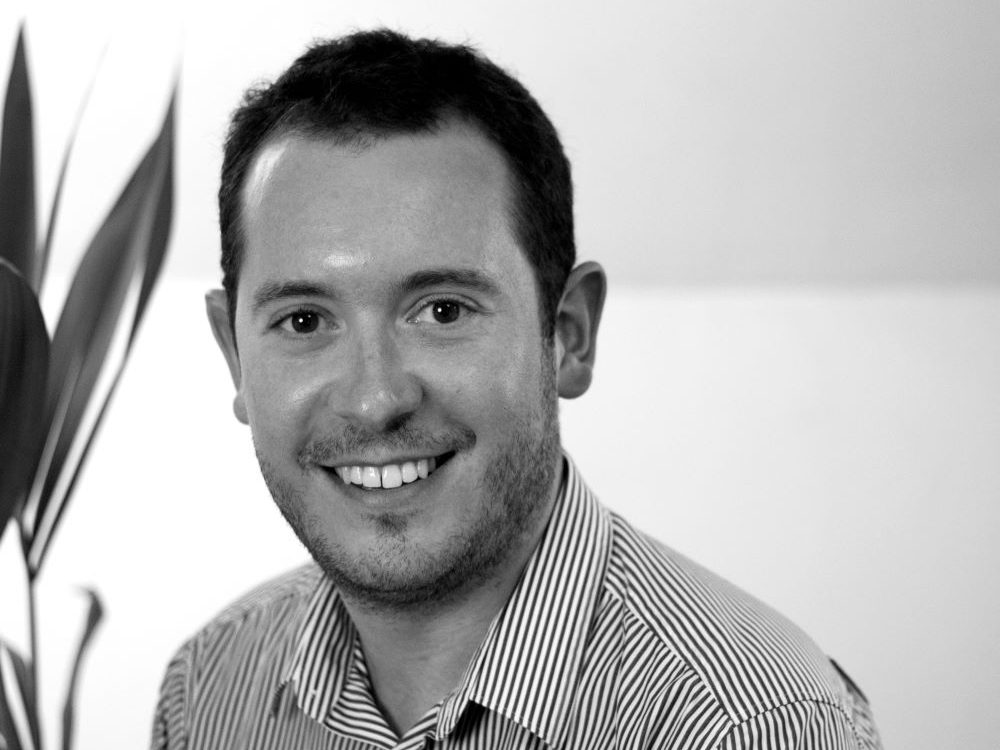 We Are Digital has grown to become a £4 million turnover-a-year company that measures not only profit but social impact too.

CEO Matthew Adam, who started the business in his bedroom in 2011, ranks the University of Warwick Science Park as one of the key reasons for success.

In 2011, Matthew left his job as a head-hunter to set up a business. By his own admission, he was sector agnostic but had a desire to start and grow his own company.

He filtered out dozens of ideas, and settled on a business designed to offer digital skills training to the over-50s.

“I founded it in my bedroom office when I was living with my parents,” said Matthew. “It wasn’t rocket science – I was seeing a lot of need for people who were being described as silver surfers at the time.

“There was a race to get more people online by the 2012 Olympics and the over-50s category was a major part of that.

“I researched it and didn’t see anyone who was providing in-home tutors to help people with digital inclusion, which wasn’t even a phrase at the time.

“I set up in the villages outside Oxfordshire just doing it all myself. I was the first trainer, was advertising in the local village gazettes and had a client-base who I’d see every day each week.

The early role of the University of Warwick Science Park

By the end of 2012, the company moved into its first office at the University of Warwick Science Park’s Warwick Innovation Centre and, in January 2013, launched the Silver Training brand.

Matthew had attracted early seed investment through contacts and he’d been encouraged to find an office.

“Those investors put in £25k each so I’d got £75k to move into an office, pay the rent and hire our first full-time employee,” he said.

“I got to know the offices in the Warwick area and met Karen Aston, who was the then manager of the University of Warwick Science Park’s Innovation Centre in Warwick.

“I wasn’t sure what we’d be able to afford at the time and Karen gave me details on Ignite – which was designed for start-ups and gave us access to space at a lower rate to help us grow.

“It was way more than just office space. It was a really good eco-system and there were other start-ups who we could learn from.

“We were next door to a video games company for example, who had sold a business, who we could learn from.

“We got to know a business called ZenZero and started using them for tech support. We still use them today.

“I was getting great contacts and real nuggets of information that were really useful.”

The next big step was the introduction to the Minerva angel investment network run by the University of Warwick Science Park.

Matthew said: “We were a bit too small at first but Tim Powell, who ran Minerva at the time, told me to keep in touch. Once we were ready, we pitched to the Minerva Angels and were successful and Midven came in too. Through that, we got around £150,000.”

The company was growing and evolving and, again, the Science Park played a pivotal role.

It introduced the business to an internship programme that would change the direction of the company and offered the flexibility for it to keep on growing.

“We stayed at Warwick – we’d move every six to nine months and they were absolutely fine with you moving to a new lease early if you were staying within the centre,” said Matthew.

“That flexibility was really helpful. We moved to an office for four people, then one for 12 and our last one was upstairs where we had three offices and our own meeting room. We grew 100 per cent a year for three years and, in the end, there wasn’t an office big enough.”

He added: “The Science Park introduced us to scheme with a local college where you could get interns to come into the business and we took on two.

“We set them on a research project looking at digital inclusion and digital skills and they came across the fact that universal credits was just rolling out.

“We found there were housing associations who were worried about this because their rental payments from tenants came through the benefits system and universal credit was going to upend this.

“The penny dropped that this was going to be a big part of the sector and we wondered whether we could run our skills courses for the housing associations.

“We scrambled as quickly as we could to pivot and become a B2B2C business, using the exact same skills training and, through that, won a major contract with a major London housing association who we still work with today.

“From there, we just won every single housing contract and we could start describing ourselves as the leaders in the social housing field.”

The company became We Are Digital and has gone onto to secure contracts with over 100 housing associations.

It also tapped into the Business Ready service that is available through the University of Warwick Science Park and its mentor, Paul Jenkinson, helped the company to prepare for another round of funding in April 2019.

Through venture capital and further angel investment £1.5 million was raised and the company spent £500,000 exiting all of the early angels, investing the remaining £1 million in its growth.

By August 2019, the company was simply too big for the Warwick Innovation Centre model.

We Are Digital moved to Friars House in Coventry where it invested £100,000 and opened the offices in February 2020 just before the first Covid-19 lockdown. It has since secured a further £750,000 of investment.

“The move was seen as a positive all round because the Innovation Centre had done its job,” said Matthew. “When the time came to fly the nest, they were proud of us and we were proud to have come through the Ignite system.

“We spent over six years there and, through all of those investment rounds, we actually found our way as business.

“We are very much a business for good. We are for profit and we are definitely not a charity otherwise we wouldn’t have got the investment we’ve received but we are a classic social business: we measure our social impact, only work on high impact projects and 100 per cent of our revenue is to help people in need.

“Digital inclusion is now just one of three arms of the business, which now also includes financial inclusion and assisted digital around online processes such as visas, tax and the census. We’re just under £4 million turnover now, we’ve got 52 people, our own space in Coventry and we’ve just had our busiest year in our history.”

Matthew quotes Apple’s Steve Jobs when analysing the impact the University of Warwick Science Park had on the success of We Are Digital.

He said: “Steve Jobs said that you can only join the dots looking backwards.

“Growing a business is a staged process and looking back, I realise this now and that each phase of growth was helping us to get to the next level.

“The Science Park has been massively influential in our success and, when I think about joining the dots, it is probably the number one thing.

“If I think what we’d have done had we not gone into Ignite or hadn’t found out about Minerva and then got Midven investment, we wouldn’t have attracted venture capital.

“But it’s everything that came with the Science Park – the area, the offices, the network, the investors – it all helped to lead to where we are today.”