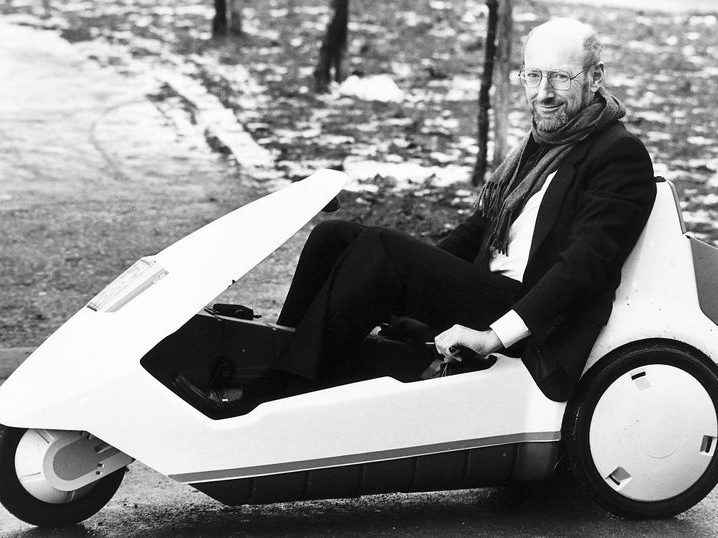 Renowned inventor Sir Clive Sinclair gave the world a myriad of creations, some of which he designed right here in Coventry.

Sinclair was behind the world’s first pocket calculator and television, and used his knowledge to help popularise the home computer.

He was given a knighthood for his services to technology – and was responsible for the ZX Spectrum, perhaps the first popular home computer, which generations of children played with.

Yet sadly his daughter Belinda announced he died at his London home on Thursday (September 16). He was 81 years old.

Despite Sinclair’s contribution to the world of computing, which saw him become a household name when his business became the first in the world to sell over a million units, his efforts to revolutionise the motoring world would famously not quite work.

The Sinclair C5, which was designed here in Coventry in the 1980s, was a bi-powered trike that could go up to 15mph and ran on battery power or pedal. It was hoped its invention would help tackle the country’s congestion issues.

However, the product was not a success upon release, with one critic branding it “an aerodynamic bathtub”.

There were also concerns about its safety – with cycle lanes yet to be popularised here in the UK, the C5 was very low down and concerns were raised it wouldn’t be visible to other road users.

Sinclair correctly thought electric vehicles were the future and aimed to capitalise on this while tackling the generally accepted issue of congestion.

He set up Sir Clive Sinclair’s Electric Vehicles LTD in Coventry, a city already connected with the motor industry, and went about designing his innovative product at the University of Warwick ‘s Science Park.

On paper, the idea of a small electric vehicle sounds golden, but whether or not the design was just not quite right, or Sinclair was simply too ahead of his time, the end product simply didn’t capture people’s imaginations.

To start with, at around £300, the C5 was expensive, and the safety concerns raised by some about its visibility when on the road were valid. But perhaps the biggest nail it the C5’s coffin was the fact it was cruelly mocked by the press and public – despite it in theory being a brilliant idea.

It failed to sell at numbers hoped, and Sinclair lost millions, the product sadly becoming synonymous with failure despite its radical design.

Speaking 20 years later in 2005, Sinclair said of the idea behind it: “Electric vehicles will take over, largely because fossil fuels are declining in availability and because of global warming.”

Of the C5 he added: “It suffered negative publicity from the start, largely due to concerns about its safety on the road. It began to get bad press and escalated – then it became fashionable to mock the C5, which was a shame.

“We launched it without preparing people for it and when something is radical and very different, people sort of poke at it and try to find flaws.”

However, despite this, Sinclair remains renowned in the tech world for a number of innovations, his success in other areas perhaps further compounding the C5’s ultimate failure.

His ZX Spectrum paved the way for home computers and would prove a big influence on future generations of designers.

Whichever way you look at the C5, innovations such as the electric bike, from 1992, the foldaway bike from the mid 2000s, the pocket calculator and 2-inch pocket television are all things which arguably went on to influence later designers who would take over their respective markets.