Central IT Support
Central IT Support is one of the UK’s leading IT provider and support to the hospitality and retail market. We help to integrate the latest technology innovations into your business to make it more efficient and to optimize customer experience. With over a decade of experience we can design and integrate advanced surveillance systems to you...
Visit Website

Integrate Resources Group
The company comprises individuals with unrivalled expertise in recruiting at all levels across the high technology and IT sectors. Typically retained by blue chip organisations, we are renowned for delivering a quality service resulting in the hiring of talented technicians, business focussed individuals and senior managers alike. Our compr...
Visit Website

MCP
Providing consulting and training worldwide, enhancing the performance of your people, your plant and your processes. From up skilling your technical operators through asset care and maintenance strategy to improving management techniques, MCP provide consulting and training in: AMIS benchmarking Lean thinking Management Training T...
Visit Website

The IT Guys
The IT Guys strive to provide a very personal service to our clients. Our focus is on ensuring our clients experience a reliable and effective service from their IT investment, while taking full advantage of all relevant opportunities provided by the Cloud, bringing simplicity, flexibility and mobility to their businesses.
Visit Website

OCuSOFT
OCuSOFT UK Ltd are a joint venture company with OCuSOFT INC which was originally created in the United States supplying eye care products to the optical industry. OCuSOFT® introduced the first eyelid cleanser which is the first “leave-on” antibacterial eyelid cleaner on the market.
Visit Website

Langham Walsh
Langham Walsh are an established firm of Chartered Accountants, Registered Auditors and Business Advisers. Our objective is to offer the high quality accounting and taxation services you would expect from your Accountant but with a personal approach. We have a diverse portfolio of clients and we know every business is different; because of this we tailor our services to suit your business.
Visit Website

IPG Automotive
IPG Automotive’s virtual test driving applications enable vehicle testing throughout every step of the automotive development process.
Our aim is to ensure that customers can virtually test their systems in the whole vehicle in realistic traffic situations, using an approach that is accurate in every detail. This method enables customers to meet the increased demands of the development process. Systems should be tested in their entirety as they cannot be regarded as the sum of discrete subsystems existing independently of each other.
Visit Website

Wain Homes
Wainhomes is a privately owner housebuilder with quality centric to its operation, focusing on the highest standards of service to our customers and stakeholders.

The business has been trading for 49 years under the same family ownership and has established regional offices in Exeter, Bristol and Warrington. Our ambitions are to be one of the UK’s most admired privately owned housebuilders as judged by our employees as a place to work, our customers as a place to live with the highest standards of quality and by the communities we engage with on the journey as we create outstanding developments.

We currently produce around 1200 homes per year in the above locations and are embarking on a growth strategy to increase that output to approximately 2000 homes per year, hence, the creation of the new regional office based here a BVIC, Wainhomes West Midlands.

We are busy sourcing the land opportunities across the greater West Midlands area to build a business that will eventually directly employ over 100 staff and a considerable workforce of subcontractors and suppliers to support our developments. The business has a plan, over time to deliver circa 500 homes per year covering all market sectors in our great geography.

Our track record for quality is evidenced by many awards and we continue to innovate and drive our standards in all we do.

Perspective Limited designs
develops and delivers web based software systems to two primary markets, firstly, the 14-18 vocational education sector where CLM (Collaborative Learning Manager) is used to connect schools, Colleges and training providers together with a web based solution that looks after both attendance, reporting and course pro...

Crystal Business Finance Ltd
is a finance broker and was established in 2007 by the three directors: Mike Austin, Martin James and Alex Callister. The directors have over 50 years combined experience in asset finance. Working beneath the directors is Ele Mathieson (office manager and compliance officer) and 10 self-employed introducers who ...
Visit Website

Encodian
Encodian are a Microsoft partner, regularly cited a leading vendor in the UK for both SharePoint and Azure service delivery. We specialise in complex solution design and implementation utilising the latest methodologies and Microsoft cloud technology. Through the knowledge and experience gained through engaging with customers across many ...
Visit Website

Breslins
Breslins was incorporated in 1993 under the leadership of Paul Breslin. We specialise in helping individuals and businesses achieve their aspirations for growth by providing business owners with the tools to increase their turnover and cash flow, improve profitability and reduce their tax liabilities.
Visit Website

Rubicon Consulting
At Rubicon Consulting we specialise in identifying, assessing and securing talented individuals and teams providing an exceptional experience to clients that will have impact and lasting value. Rubicon Consulting delivers innovative recruitment solutions to a wide range of clients including blue chip and fast growth companies, leading brand...
Visit Website

Senior Response Limited
Senior Response Limited is a telephone contact centre that is dedicated to communicating with the mature (over 50's) marketplace on behalf of clients such as Hidden Hearing, Dignity, Funeral Plans, Age UK and City & Guilds. We only employ staff who themselves are in the mature age range, so that we maximise the effects of empathy and understa...
Visit Website 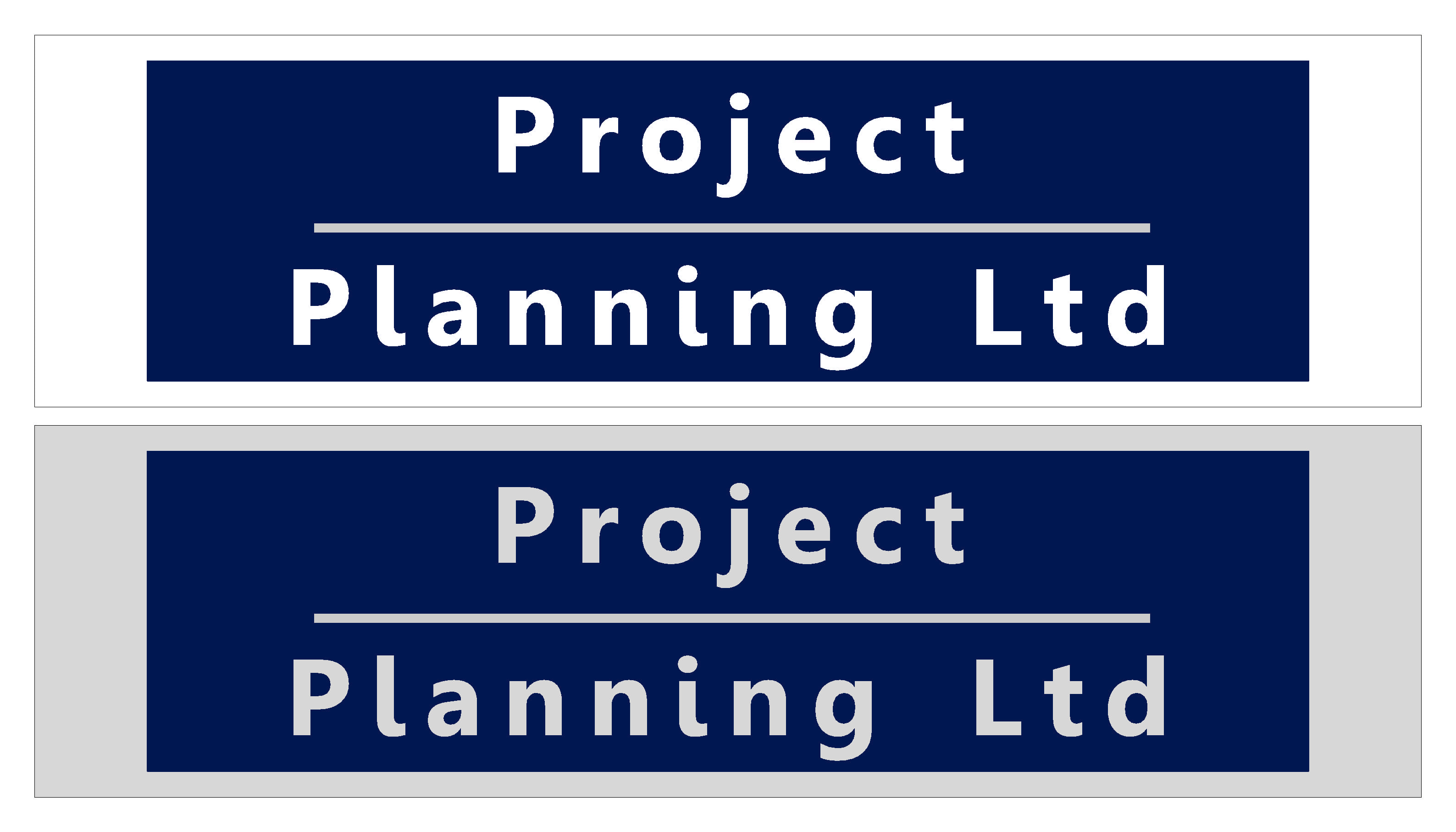 Project Planning Limited
Project Planning Ltd was established in 2001 to plan the construction of rail, highways and civil engineering projects using Primavera P6. We also supply a programme Dispute Resolution service and plan all elements of a project from inception to final account. Our data analysis skills allow us to analyse the most complex P6 programmes and handle the data involved in current and forensic planning.
Visit Website

Denco Thermal
Denco Thermal ltd is a leading UK and European-wide heating and ventilation insulation services company which as a fledgling company started life in the front room of their home and has grown significantly year on year.
Denco Thermal was established by the then managing director Dennis Coles and company secretary Jill Coles as a start-up business in 2005 in Warwick Road before re-locating to Homer Road in the town.

With turnover growing to £6.4 million in its latest accounts, the company has a new based at the Blythe Valley Innovation Centre in Central Boulevard, Solihull, for its 8-office staff including an apprentice estimator. “The location is ideal for companies like ours whose client base is spread throughout the UK and Europe because of our excellent transport links as well as the state-of-the-art facilities that we provide.

The business also employs 60 on-site supervisors, operatives and apprentices at locations across the UK and further afield to complete work on high-profile contracts which has included Birmingham Children’s Hospital, The Shard in London, John Lewis stores in Leicester and Cambridge, QE Hospital, The Foreign office in London, data centres and retail stores across Europe.
Peter Coles, the current Managing Director said Denco Thermal has gone from strength-to-strength over the last 14 years and we have finally settled into our new home at BVIC.

“Currently, we are working on Primark stores in Brussels, a data centre in Sweden but we predominantly work in the Midlands and South of England.
“Solihull, and the Blythe Valley Innovation Centre in particular, is a good base for the travelling we do because of the road networks and nearby train stations.
“We have grown every year but we don’t want to grow too fast because that can be the downfall of a business, it is better to be steady and slow.”

Denco Thermal’s first major contract was at the internationally renowned Addenbrooke’s Hospital in Cambridge and the business has formed an Enhanced Supply Chain Partnership with Balfour Beatty Engineering Services which has led to being involved in contracts worth up to £2 million.
Sectors.

• Hospitals and Healthcare projects
• Universities and schools
• Residential schemes
• Office Shell and Core
• Office fit outs
• Data Centres
• Prisons
• Hotels
• Retail Units
• Amazon Distribution Centres
• Energy for Waste projects
We are a business that believes in giving back to the industry and our MD currently sits on the board of the Thermal Insulation Contractors Association and we were delighted to be named Contractor of the Year by one of our major clients, J.S. Wright, last year.

A statement from Janet Bunch, previously the centre manager at the Blythe Valley Innovation Centre, which is operated by the University of Warwick Science Park and owned by Solihull Metropolitan Borough Council, said: “Pete, Jill and their senior team have over 70 years’ experience in the industry and that is reflected in the high calibre of projects that they have been involved in.

“Denco Thermal has been involved in providing the heating and ventilation insulation at a number of striking buildings in the area including Birmingham Library and the National Automotive Innovation Centre at the University of Warwick.